Through the Students Speak series, we at Avanse Financial Services share interesting insights into the academic journey of study abroad students. In this episode, we are in conversation with Ronaldo Gomes, who will embark on his higher academic journey and will soon fly to the UK to pursue his MSc. in Engineering Management from the University of Leicester, the UK. Let’s look at his academic journey so far, university, study program and research mechanism.

Ronaldo was passionate about computers, and his curiosity to learn more about IT motivated him to pursue a Bachelor’s degree in Computer Engineering. This course laid a strong foundation for his higher academic journey. After researching and speaking to his peers, he decided to pursue higher studies by enrolling for MSc. in Engineering Management from the University of Leicester, the UK.

Although the University of Leicester was his top choice, he applied to 5 more varsities in the UK to increase his chances of securing a university seat. “It is a hidden gem”, said Ronaldo when he passionately spoke about the University of Leicester. This university offers him the perfect coursework as per his preference. The history of this university dates back to 1921, when it was first founded. It ranks 27th in the UK as per Times Higher Education World University Rankings 2022. Known for its exceptional contribution in the research area, the university is one of the top 25 universities in the Times Higher Education REF Research Power Rankings.

The Engineering industry is growing by leaps and bounds and hence, needs professionals who have both technical skills and business and management acumen. The coursework is a perfect amalgamation of Engineering and Business, a full-time course with a duration of 12-28 months. This course will officially introduce Ronaldo to some interesting modules such as Systems Engineering, Accounting and Finance for Managers, Business Economics, and other interesting subjects.

The impetus to his higher academic journey

After his graduation, Ronaldo started his job hunt. However, he was offered jobs that did not align with his academic qualifications and preferred domain. So, he enrolled on technical courses available on digital learning platforms. This gave him in-depth knowledge in areas such as Python. He further met with a friend who was designing a website for an airline company. Ronaldo collaborated with his friend on this project. This project encouraged Ronaldo to pursue his passion in this industry instead of pursuing a career in domains other than engineering. Therefore, he decided to pursue higher studies in his field to gain expertise to be career-ready.

Ronaldo’s friend studying in the UK was the first to encourage him to study in the UK. However, he wanted to consider other study abroad destinations, such as the US and Canada. To get professional advice, he reached out to a few renowned education consultants. The education consultants gave him all the necessary information about the study abroad destinations, universities and courses. To further arrive at the right decision, he formulated his unique strategy. His self-introspection allowed him to understand where he wanted to be in another 5 years.

Once his goal was finalized, he evaluated every study abroad destination, university and course to find out the best fit. He jotted down the pros and cons of destinations, universities and courses to arrive at the right decision. This led him to three destinations, Canada, the US and the UK. He chose the UK because the duration of the courses in Canada was around 2-3 years. The US offered the same courses for one year, but the cost was double. However, the UK was the best choice, considering his preferred choice of course, duration, and cost. Besides, he had his peers in the UK who would provide him with valuable guidance too.

So, this is all about Ronaldo’s academic journey, university, study abroad program and research mechanism. In the next episode, we will understand his valuable advice, tips for writing an impressive SOP, and the important documents required. If you have queries, please share them with us. We will be glad to assist you. Everything You Must Know About Gaming Study Programs

What you must know about STEM courses in the USA

Importance of an internship for students

Important tips for writing a resume 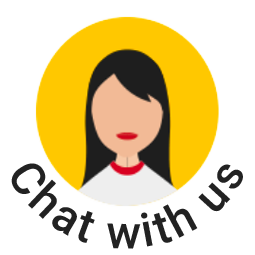